We have a fleet of first generation British Railways diesels from the 1960s. The summer diesel gala weekend is a chance for them to be put through their paces.

D5518 (later 31101) was built by Brush Traction at Loughborough and was introduced to service with British Railways on 16th October 1958, based at Stratford on the Great eastern main line.

This type of locomotive was used on freight and secondary passenger services but could often be found deputising on express workings.

The loco has had an interesting life, having being saved from scrapping twice, being the first Class 31 to work passenger services on the Southern Region and hauling the Royal Train to Tattenham corner for the Epsom Derby race day meeting on the 4th July 1969 conveying the Queen.

31101 was finally withdrawn from main line service in January 1993, and sold into preservation, first to music and train buff Pete Waterman, then passing to its current owners Suburban Preservation. The loco is based on the Avon Valley Railway in Bristol.

Thanks to Martyn Normanton for the photo.

Days out with Thomas 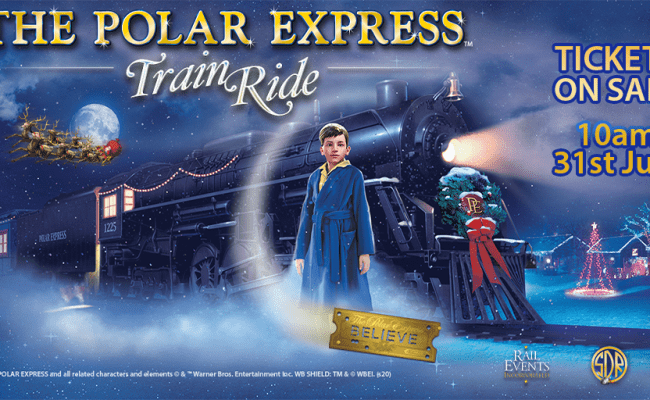 “All Aboard” for the Polar Express ™

Brand new for the Christmas season in December this year, the award-winning South Devon Railway (SDR) will be welcoming ‘Polar…