As chosen by readers

These awards are nominated by the readers of Primary Times. The ask is that Primary Times want to hear about and be told about people’s favourite places to visit. With so many top visitor attractions and things to do in Devon its not surprising that the Primary Times Reader Star Awards very often are given to Devon’s Top Attraction members who excel in all areas across the board. The Primary Time reader nominations are a good reward for good practice and personal recommendations and the nominations collectively form a list of the best places and entertainers across Devon and are announced at the end of each year. Nominations are via an online questionnaire and as a way of saying thank you for completing the questionnaire, individuals will be entered into a competition with a chance to win one of three great prizes!

Devon’s Top Attractions are sponsoring the 2019 awards and are giving a Golden Ticket as the first prize for this years nominations. 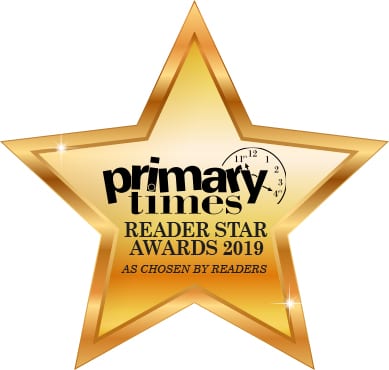