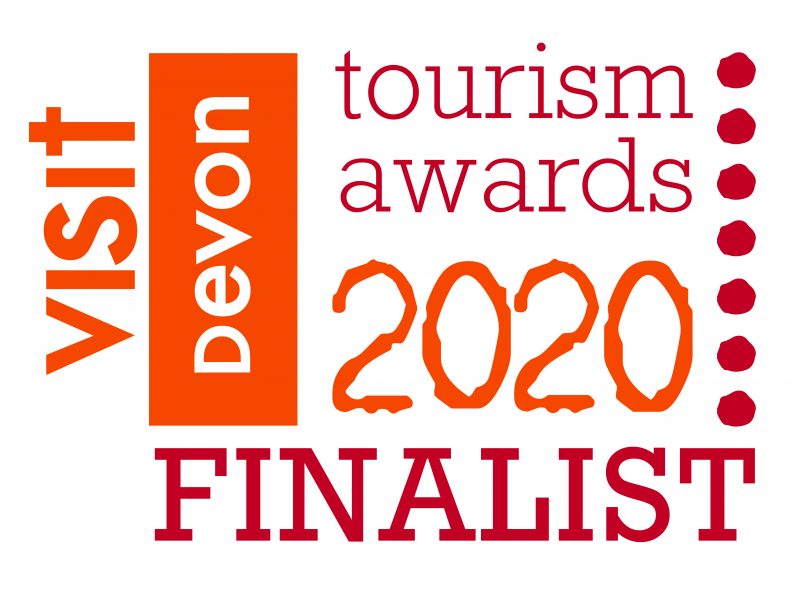 No fewer than seven of ‘Devon’s Top Attractions’ 37 members have been named as finalists in the prestigious 2020 Devon Tourism Awards organised on behalf of the county’s destination marketing organisation ‘Visit Devon’.

This comes as really welcome news for Devon as the local and national tourism and hospitality industries are still navigating through the Covid-19 pandemic, with most West Country businesses facing the worst financial crisis they have ever had to endure.

After going through a really tough 2020 when some attractions were unable to open at all, Devon Association of Tourist Attractions (DATA) members were delighted to learn that ‘Devon’s Top Attractions’ has still been recognised for their excellence and resilience, and shown that they are clearly leading the way in dealing with the pandemic properly and safely.

Within this ever-changing crisis situation and uncertainty for the future caused by CV-19, all of the finalists have shown solid leadership, innovation, re-invention, and adaptation of their attractions, as well as demonstrating why they are so successful and exhibiting a strong, unified will to survive.

The Chairman of the Devon Association of Tourist Attractions (DATA) Dick Wood, who is also the South Devon Railway’s PR & Business Development Manager and the railway’s former General Manager, is a finalist for the ‘Business Leader of the Year’ award.

He was nominated after being instrumental in steering DATA throughout the pandemic period, adapting a radically changed strategic direction and reduced budget, and contributing in the remodelling of the Association’s activities. Leading with the ‘stronger together’ approach, he has undoubtedly unified members at a time of great uncertainty. Like all of the DATA executive board, Dick gives his time on a purely voluntary basis.

He has also been very active in publicising the very successful ‘SOS’ funding appeal for the South Devon Railway over the last year, and has also assisted with the nearby West Somerset Railway’s ‘emergency’ appeal voluntarily too which has also been a success.

To date, these two iconic heritage railways have raised a staggering £2.5 million between them – money which will hopefully help to save both West Country steam lines for the future.

Commenting on being named as a finalist in the Devon Tourism awards ‘Business Leader’ category, Dick Wood said: “It was a pleasant surprise to be nominated for an award, and being recognised as a finalist is not only an honour for the South Devon Railway and the Devon Association of Tourist Attractions but also for me personally of course.

“And seeing that so many other DATA members have reached the finalist stage too is a great honour for everyone. It just goes to endorse the quality of our Association and the high calibre of our members. It augurs well for the future that we are going into 2021 as a stronger, unified organisation and with more members than last year to promote the best of Devon.”

Chris Murray from Pennywell Farm is also a finalist in the same ‘Business Leader’ category and a former Chairman of DATA too. Pennywell has also been awarded finalist status for the ‘Visitor Attraction of the Year’ Award. And Pennywell is up against two other DATA members in the same visitor attraction category with Quince Honey Farm and the Royal Albert Memorial Museum.

Other finalists include Rick Turner from the Big Sheep who is a finalist in the ‘Tourism Innovation’ award and who has shown great originality and resourceful inventiveness at his attraction and particularly throughout the Covid journey.  Quince Honey Farm is also a finalist in this section for their innovative strengths.

All of the finalists will have to wait until 12th March until they will learn whether they have won Gold, Silver, Bronze or a Special award. The 2020 Devon Tourism Awards received 124 entries and nominations with 66 having been selected as finalists.