From Monday 19th until 26th August the Steam and Food Fair takes off with once again all of our resident engines in service, plus guest engines from around the country, will combine to operate an intensive train service on the Beer Heights Light Railway.  Most passenger trains will be “double headed” with both a PECO and guest locomotive. There’ll also be demonstration goods trains and double-runs throughout the day.

Experience fabulous food from our local region. Eat alfresco from the Junction whilst enjoying the beautiful views of the Jurassic Coast!  With daily guest pizzas named after our resident loco’s including Linda – roasted veg & pesto drizzle, Dickie – meat feast with chorizo, ham, spicy chicken & pepperoni or Mr P – pulled pork with stuffing and apple sauce along with tasty tapas specials.

Savour some of Devon’s scrumptious treats such as local cheeses from Langage farm or tempt your taste buds with their delicious clotted cream. Sample the multi award winning Chunk pies and pasties all available from our fabulous Garden Room Restaurant.

There is no extra charge for this event, admission is included within a Standard or First Class ticket. 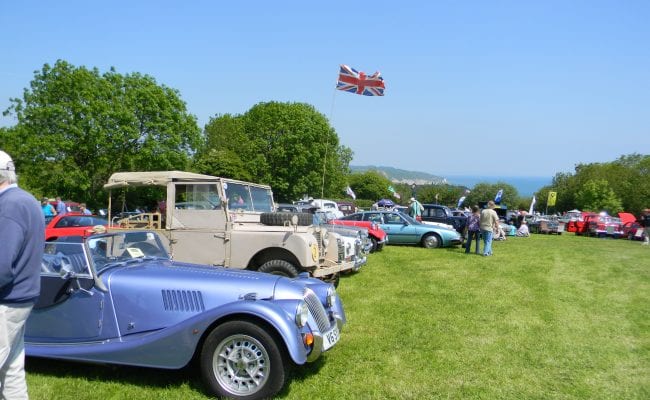 Our Vintage and Classic Vehicle Rally has evolved from the Steam Festival Days held at Pecorama in the mid 1990s.…