Join Seaton Tramway for their 50th Anniversary Celebrations as they see all 13 of their operational trams in service.

Come along to Seaton Tramway on 28th August to see all 13 trams in action throughout the day. Trams old and new will be traveling between Seaton and Colyton all day. Heritage trams 14, 16 & 19 that ran on the streets of London, Bournemouth & Exeter respectively will be enjoying the 6-mile round trip. Scale replica trams like our Blackpool Boat tram No 4 and our London Metropolitan car 2 will also be making their way through the Axe Valley.

The entire fleet of trams will be in operation across the day of 28th August as we celebrate the 50th Anniversary. Seaton Tramway has made its home in Seaton for 50 years, starting with the acquisition of the closed railway line in 1969. The first tram, No 8, departed Riverside Depot on 28th August 1970. Only going as far as Bobsworth Bridge, its name coming from the cost of a trip. 1 Shilling.

In June, Seaton Tramway held their very first ‘Tramathon Live’ in which went live for a week on Facebook showing viewers behind the scenes and ending the week going live for a full 24 hours as they operated a continual journey non-stop between their Seaton & Colyton Stations. The appeal has since raised over £31,000.

Seaton Tramway is now open daily from 10am, running trams every 20 minutes. They have received the Visit England ‘We’re Good To Go’ Mark and the AA Covid Safety Mark. Their full list of new procedures can be found on their website www.tram.co.uk. You can also find out more about the anniversary line up. 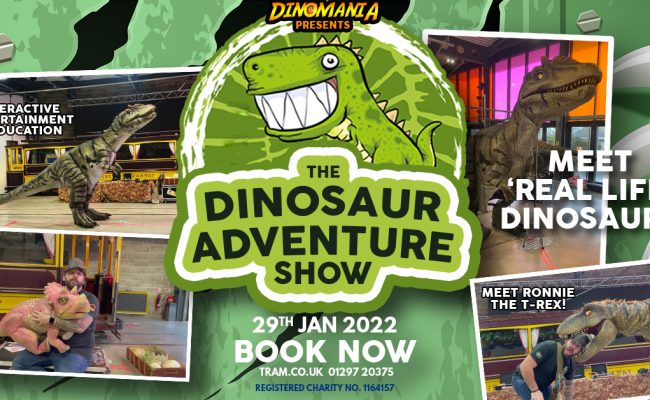 This indoor arena extravaganza will be fun filled and full of music, lights and amazing dinosaurs with an educational twist,… 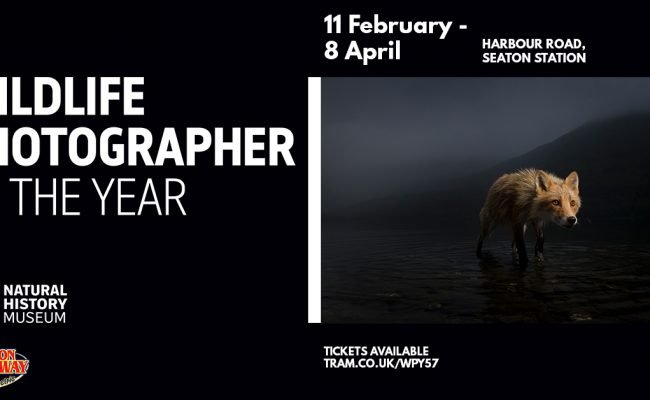 Wildlife Photographer of the Year Exhibition

The world-renowned exhibition, on loan from the Natural History Museum in London, will open at Seaton Tramway on 11th February…