One of the world’s rarest Bush Dogs is born at Exmoor Zoo. Vinegar dogs or Bush dogs are originally from the depths of the Amazon rainforest and are very rarely seen in the wild so it’s a great honour to welcome pup “Tank”  to the growing collection of animals on show at the zoo.

Vinegar dogs are affectionately known by this exotic name because of their smell in marking out of their territory and the scent of their skin. Speothos venaticus their correct name or Bush Dogs usually give birth to a litter of six in a excavated tunnel for protection but like most things at Exmoor Zoo things don’t follow the rules and our only pup arrived late July in a new patch of ground under some bamboo. Bush dogs are about the size of a small domestic terrier but with a bulldog physique which enables them to hunt much larger prey like capybara, peccaries and paca all common the rain forests of South America.

Danny, Zoo director said “we are thrilled that we have a new born pup nick named Tank (until an official name is decided by the public on Facebook) born here at the Zoo – its such a thrilling experience to welcome a new member to our growing collection of rare breeds . At the zoo we pride ourselves on our conservation programs and as there are only about 15,000 still wild and with the increasing loss of Amazon forest we are adding to the breeding program to ensure long term survival of these wonderful dogs.”

“Its been incredibly adorable to watch mum and pub slowly making its way in the world” added Lynn, zoo director. “The dogs are now on public display and are a great excuse to visit and get a photo snap of these rarely seen animals in the UK”.

Exmoor Zoo is situated near Barnstaple Devon and is open all year around. Naturally in these times of Corona Virus special distancing measures re in place as well as limited visitor slots which are reserved online at www.exmoorzoo.co.uk

Head there yourself and meet ‘Tank’ the Bush Dog baby pup! 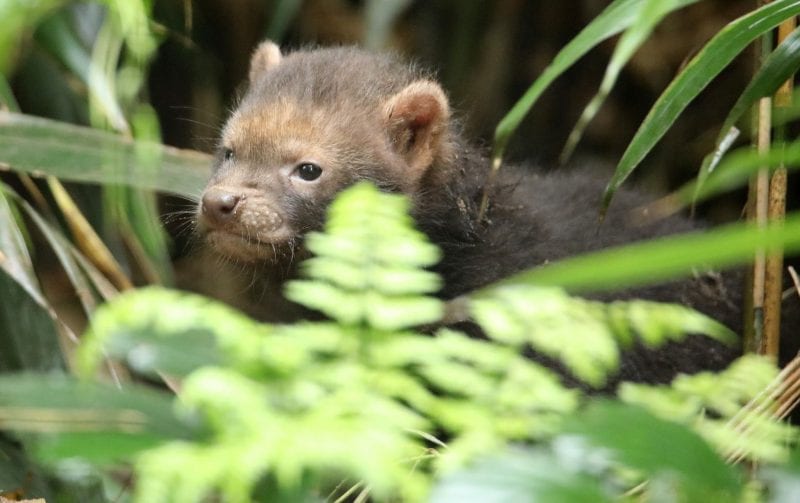 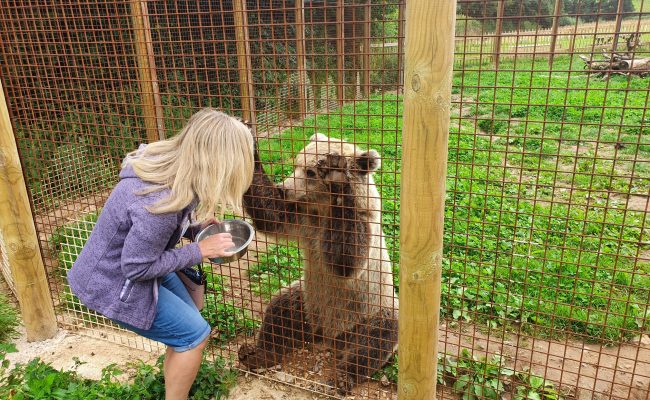